People who use drugs in Russia face a range of social, legal and economic barriers to access health services, particularly in the treatment of their drug dependence.  Despite the overwhelming body of scientific evidence, the Russian Federation has legally banned opioid substitution therapy (OST) for the treatment of drug dependence.  There are only two other countries in the world that follow this highly punitive and unscientific approach to drug treatment.  After years of using the Russian domestic court system to seek access to OST, three courageous individuals have taken their cases to Strasbourg, seeking a judgment against the legal prohibition of OST in Russia by the European Court of Human Rights. This action has come at a high cost for all three of the applicants, who, in addition to being unable to access humane drug treatment, now experience harassment, including the loss of employment because of their decision to pursue justice. 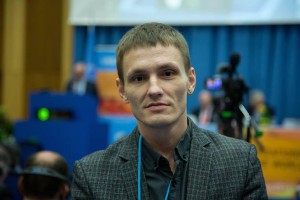 Alexey Kurmanayevskiy is a 34 year old father, husband, and social worker from Kazan.  Alexey has been a vocal activist for the community of people who use drugs in Russia for many years, advocating for the rights and health of his community at a range of international fora.  Alexey first began using drugs when he was a teenager and has, over the last two decades made 19 unsuccessful drug treatment attempts, using all legally permitted treatment options available in Russia.  He is living with HIV and Hepatitis C and has been incarcerated twice for drug related offences.

After leaving rehab in 2014, Alexey started work as a peer counselor for a non-profit rehabilitation programme.  Around the same time, Alexey’s claim was communicated to Russia by the European Court.  As a consequence, the head of his non-profit was summoned by the Russian Federal Drug Control Service and questioned about Alexey and his support for substitution programmes.  His employer was told that Alexey must denounce his support for substitution programmes at a press conference and withdraw his claim from the European Court.  Alexey refused to do so and was dismissed from his job.

Alexey is hopeful that his case, which represents the stories of countless other individuals in Russia, will help to usher his country into a new era of medicine that is scientifically grounded in modern principles of drug treatment and respect for human dignity. 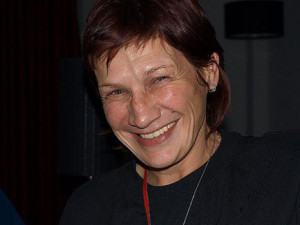 Irina Abdyusheva Teplinskaya is a 49 year old woman, a health care aid, and an activist from Kaliningrad.  Irina has provided compassionate care for late-stage TB patients, and in recent years, has become a vocal activist advocating for the rights of people whose drugs in Russia, on both domestic and international platforms. Irina has been using drugs for more than 30 years and is living with HIV and Hepatitis C.  While in prison, Irina also contracted tuberculosis, for which she received treatment.

Over her three decades of intermittent drug use, Irina has been incarcerated for drug-related offences for a total of 16 years.  When not incarcerated, Irina has been homeless and also placed in a tuberculosis hospital, where she witnessed the excruciating deaths of hundreds of people who use drugs.  Irina has tried every possible drug treatment option made available by the Russian government, but has characterised her life as living from "withdrawal to withdrawal".

In 2010, Irina decided to pursue legal action against the Russian authorities to secure access to OST.  This was an unprecedented and bold move as no other person using drugs had ever gone public with their stories before.  Desperate for a humane drug treatment option, Irina travelled to Ukraine several times between 2011-2014, where she was successfully treated by doctors with methadone.  Following the European Court filing, Irina has been subjected to repeated harassment and intimidation from the State.  In 2012, upon returning to Russia, Irina was arrested at the airport for possession of one tablet of methadone, which she vehemently denied transporting back from Ukraine.  In 2014, Irina was arrested for drinking a can of beer, and then thoroughly questioned by the prosecution on matters related to her pending European Court case. Her family members, including her mother and grandmother, receive regular calls from the prosecutor's office, placing further strain on her tense family relations.

Irina continues to pursue treatment for her drug dependence and is currently undergoing religious drug rehabilitation in Russia.  She is hopeful that an outcome from Strasbourg will forge a new and humane path forward for her and the millions of other people denied access to treatment in Russia. 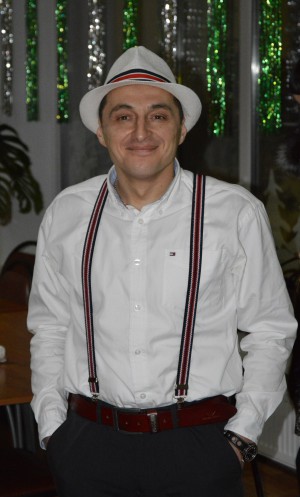 Ivan Anoshkin is a 35 year old father, social worker and activist from Togliatti.  He has promoted the rights of marginalised populations, including people who use drugs, in Russia and internationally for many years.  Ivan has been using drugs since he was just 14 years old and contracted HIV and Hepatitis C before his 18th birthday.

During his nearly two decades of intermittent drug use, Ivan has been arrested and incarcerated for drug-related offences five different times.  In one instance, Ivan was detained arbitrarily where was subjected to torture and inhuman treatment before release.  He has voluntarily enrolled in numerous public and private drug treatment programmes without success.  He has also been forced into compulsory drug treatment where he experienced, again, inhuman and degrading treatment and conditions.

In 2012 Ivan began working for an NGO, helping vulnerable groups such as people who use drugs, people with HIV and men who have sex with men. He and his employer have experienced repeated questioning and harassment from the prosecutor’s office, who forthrightly state it is in relation to his pending case at the European Court.  The ongoing harassment the organisation and Ivan experience has included prosecution for minor employment law infractions, false investigations for potential violations of fire safety requirements, for distributing foreign informational videos, and for receiving foreign funding. Importantly, Ivan's employer has lost critical funding and support from the public authorities, paralysing their work for months.

Ivan continues his legacy of activism for the most marginalised and pins great hope that he will finally secure justice for himself and the community he works tirelessly to support from Strasbourg.